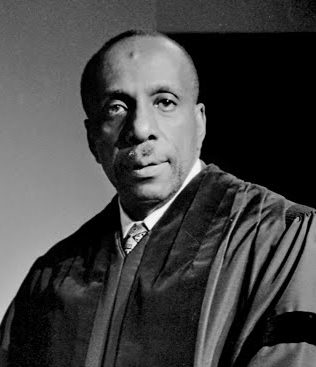 All are welcome to join us for PSR’s headliner event in our Dean’s Tea intellectual (and courageous) conversations series. We are excited to present a not-to-miss session, “PSR Resonances with Howard Thurman: Reflection by Rev. Dr. Dorsey Blake.”

Dr. Blake will bring Howard Thurman’s wisdom forward, exploring its resonance in the theology and life of PSR moderated by Dean Susan Abraham with remarks from PSR Professors Lisa Asedillo and Leonard McMahon.

Rev. Dr. Dorsey Odell Blake, Faculty Associate, Leadership and Social Transformation, was officially installed as Presiding Minister of The Church for The Fellowship of All Peoples in October, 1994. During Dr. Blake’s installation service, Mrs. Sue Bailey Thurman presented Dr. Howard Thurman’s robe — which had not been worn since his death – to Dr. Blake as a symbol of her trust in his leading the congregation “so that there will be no past greater than our future.”

Dr. Blake served as Dean of Faculty and Visiting Professor of Spirituality and Prophetic Justice at Starr King School for the Ministry for six years. He continued to serve on the Core Faculty until his resignation January of 2015. He currently serves as Faculty Associate, Leadership and Social Transformation at Pacific School of Religion.

Prior to joining the faculty at Starr King, Dr. Blake served as Founding Director of the Doctor of Ministry Program and later as Vice President for Community Learning at the University of Creation Spirituality. In addition to responsibilities for curriculum, student and faculty development, he helped to initiate the Martin Luther King, Jr. celebration initially held at Taylor Memorial United Methodist Church that annually draws over 1,000 people.

Rev. Blake served as the Director of the Center for Urban-Black Studies at the Graduate Theological Union and Core Faculty Member at the GTU; Co-Director, United Campus Ministry, The Ohio University, Athens; and, Program Director of the Howard Thurman Educational Trust, San Francisco. He was also the first full-time Black male professor at The University of Alabama, Tuscaloosa, 1972-77 where he taught in the Religious Studies Department and designed a major in Black Studies.

Dr. Blake has conducted seminars and workshops locally and nationally. He is the recipient of numerous community service awards, including the first Martin Luther King Award for his work with International Students while at The Ohio University where he established the International Students Emergency Fund; The Negro Spirituals Heritage Keepers Award, Friends of Negro Spirituals, 2008; the Faculty, Staff Support Award, Afro-American Association, The University of Alabama, 1977, 1976, 1973, 1972 ( the only times the award was presented); and the Distinguished Alum Award from Pacific School of Religion, 2007. He received academic grants from the Fund for Theological Education and the Danforth Foundation.

He has extensive field ministry experience with interfaith groups addressing justice and peace issues, including the California People of Faith Against the Death Penalty, The Interfaith Alliance for Prison Reform, Genesis and The San Francisco Interfaith Council. He served as a member of the steering committee of Religious Witness with Homeless People and has been in the forefront of peace and justice activities, speaking to small audiences and rallies that have drawn over 200,000 people. In May – June, 2000, he traveled to Morocco with an interfaith delegation of Muslims, Jews, and Christians in a quest to promote interfaith respect and cooperation. In October 2010 he met His Holiness the 14th Dalai Lama and served on an interfaith panel responding to his teachings. Currently, he serves as Board Chair for IDA, a social networking platform that seeks to empower women and communities of color most affected by today’s economic crisis.

Howard Washington Thurman was an American author, philosopher, theologian, mystic, educator, and civil rights leader. As a prominent religious figure, he played a leading role in many social justice movements and organizations of the twentieth century. Thurman’s theology of radical nonviolence influenced and shaped a generation of civil rights activists, and he was a key mentor to leaders within the civil rights movement, including Martin Luther King Jr.

Thurman was a prolific author, writing twenty books on theology, religion, and philosophy. The most famous of his works, Jesus and the Disinherited (1949), deeply influenced Martin Luther King Jr. and other leaders, both black and white, of the modern Civil Rights Movement. Thurman had been a classmate and friend of King’s father at Morehouse College. King visited Thurman while he attended Boston University, and Thurman in turn mentored his former classmate’s son and his friends. He served as spiritual advisor to King, Sherwood Eddy, James Farmer, A. J. Muste, and Pauli Murray. At Boston University, Thurman also taught Reb Zalman Schachter-Shalomi, who cited Thurman as among the teachers who first compelled him to explore mystical trends beyond Judaism.