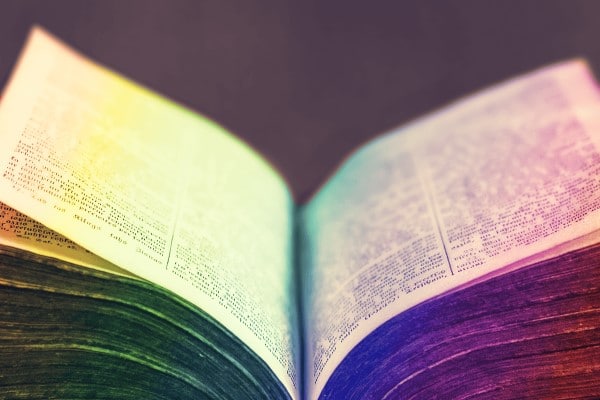 For centuries, evangelicals who read the Bible have literally misused seven verses to convince the world that homosexuality is a sin and that homosexuals are sinners. Those verses have forced many LGBTQ+ persons to live their lives under a cloud of shame and guilt.

In his recently-published book Clobber the Passages, Mel White doesn’t bother to explain the verses again. That’s been done a thousand times. Instead, he blows away that dark cloud by celebrating the truth learned from America’s leading mental and physical health professionals.

Homosexuality like heterosexuality is just another of the Creator’s mysterious gifts. White calls literalists to stop accusing LGBTQ+ people falsely and to start celebrating what they have achieved throughout history in music, science, athletics, politics, the arts, education, literature, the military, parenting, and even religion.

In this Lavender Lunch Mel White discusses Clobber the Passages and presents LGBTQ+ people in a healthy new light that banishes that dark cloud of guilt and shame that hangs over too many queer people’s lives. The Rev. Dr. Mel White has been a Christian minister, author, and filmmaker for all of his adult life.  Raised as an Evangelical Christian and taught that homosexuality was a sin, Mel fought to overcome his own homosexual orientation for decades in all ways available to him: prayer, psychotherapy, exorcism, electric shock, marriage and family.

That struggle and his halting, poignant steps to understand and accept his homosexuality, reconcile it with his Christian faith, and express his sexuality respectfully and responsibly, are described in his book Stranger at the Gate: To Be Gay and Christian in America, published in 1994. His latest book, Religion Gone Bad: Hidden Dangers from the Christian Right (2006) tells the tragic true story of the war fundamentalists have been waging against gays and lesbians.  (This book was re-released in 2010 as HOLY TERROR: Lies the Christian Rights Tells us to Deny Gay Equality).