Center for LGBTQ and Gender Studies in Religion (CLGS) 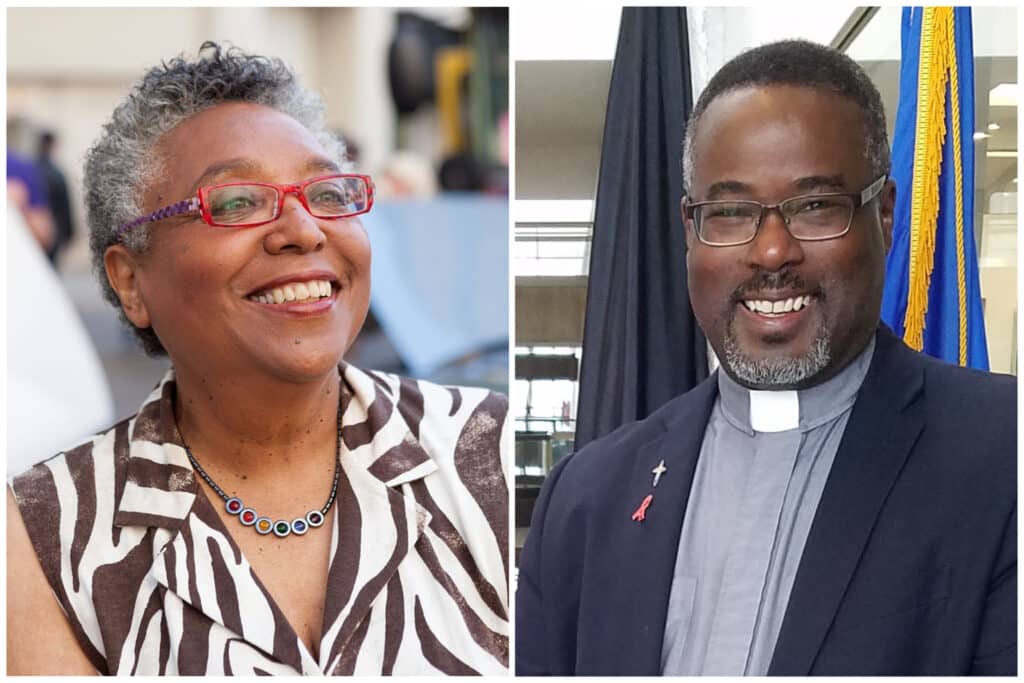 In the United States, the privileged will always find ways to get the reproductive health care they need. That’s not always the case for Black queer folks, and the repeal of Roe v. Wade has only made care more difficult to access in many places.

While the fight for reproductive justice has become more urgent than ever, it can feel like the conversation is dominated by just two voices; conservative Christians on one side and secular liberals on the other. In this CLGS Lavender Lunch Dr. Sylvia Rhue, the Faith, Education and Outreach Coordinator at SisterReach, and Rev. Dr. Roland Stringfellow, Senior Pastor at Metropolitan Community Church of Detroit, will discuss the important role the Church can play in sex education and how progressive Christians can work intersectionally to advocate for reproductive justice for our most marginalized communities.

“Jesus said, ‘I come that you may have life and have it more abundantly.’ An abundant life includes a healthy sexuality. And sexuality is holy.” – Dr. Sylvia Rhue

Rhue and Stringfellow will discuss

Rhue is Faith, Education and Outreach Coordinator at SisterReach, a Memphis-based grassroots non-profit organization that supports the reproductive autonomy of women and teens of color, poor and rural women, LGBT+ and GNC folx, and their families through the framework of Reproductive Justice.

A co-founder of The Black Gay and Lesbian Leadership Forum, Dr. Rhue co-produced and co-directed (with Oscar-nominated directors Frances Reid and Dee Mosbacher) the 1996 documentary All God’s Children, which dealt with African American family and religious values, civil rights, and homophobia.  This film won several awards, including Best Documentary at the National Black Arts Film Festival, and a Lambda Liberty Award from the Lambda Legal Defense and Education Fund.  Other films produced by Dr. Rhue include Women in Love, We Have a Legacy, and Women and Children: AIDS and HIV.

Dr. Rhue also served with the National Black Justice Coalition from its founding in 2003, as a board member and a director.  She also spoke out against condemnation of the LGBT community by the religious right, declaring once that “Love is the engine of the universe and cannot be boiled down to tab A goes into Slot B.” In 2006, she helped to organize the Black Church Summit in Atlanta, to promote acceptance of gays and lesbians in black churches. Dr. Rhue has also worked for the Religious Coalition for Reproductive Rights and as Director of Equal Partners in Faith.  She has also authored many articles, including contributions to The Huffington Post and other publications.

Stringfellow earned a Bachelor of Science degree in Education and a Master of Science degree in Counseling from Indiana University.  He later earned a Master of Arts degree in Ministry from Grace Theological Seminary and in 1990 became a licensed minister in the Baptist Church.  In 2005, Roland was ordained with the Metropolitan Community Church and in 2006 he earned his Master of Divinity from the Pacific School of Religion with a certificate in Religion and Sexuality.

In 2011, Roland became licensed with the United Church of Christ and The Fellowship churches, a predominately African-American denomination with an outreach to LGBT individuals.  He has worked as a pastor in Indiana and California.  In addition to all his work within church contexts, Roland also worked in the field of education in a variety of capacities – teacher, guidance counselor, college advisor, and vice-principal. Roland is currently based in Detroit, Michigan.