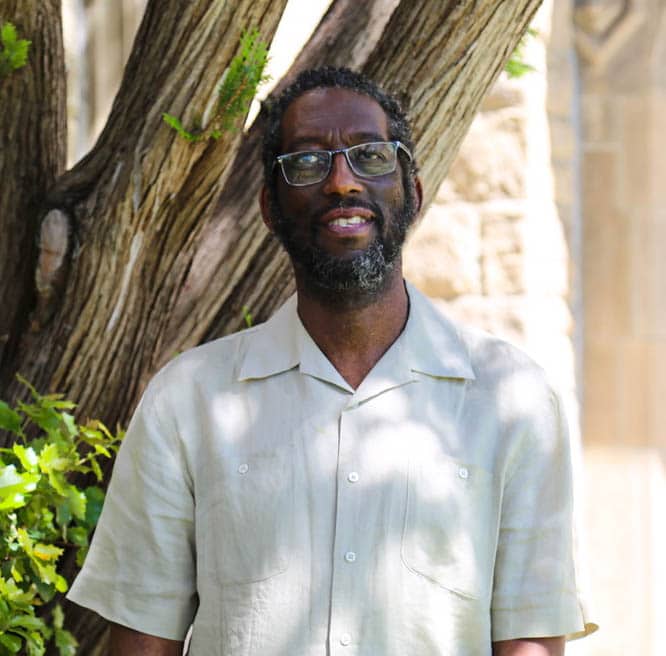 Rev. Kamal Hassan is a spiritual leader, educator, and community servant. He currently serves as Head of Staff/Minister of Word and Sacrament at Sojourner Truth Presbyterian Church in Richmond, California, a position he has held since 2008. He is also a Board member and the Co-Spiritual Director of the OneLife Institute for Spirituality and Social Transformation based in Oakland, CA. He has served for three years as a Campus Pastor, and two years as an Adjunct Professor in the Community Engaged Learning Department at Pacific School of Religion.

He served for seven years for the Presbyterian Church (USA) Office of the General Assembly in a bilateral conversation with the Episcopal Church around the issue of full communion and is a member of the Presbyterian Church (USA) Synod of the Pacific’s Self Development of People Committee. Before these calls, Rev. Hassan spent more than three decades as both a public and private school educator, community organizer, and religious worker. He holds an AA degree in Radio Broadcasting from Los Angeles City College, a BA in History from California State University Los Angeles, and a MDiv degree from San Francisco Theological Seminary.

Rev. Hassan was born in Los Angeles, California and came to the Bay Area in 1999 to attend seminary. He has been married for 30 years to his wife Makini Isoke Hassan. They have two adult children, Jonathan and Stephanie, and one grandchild, Ryan.