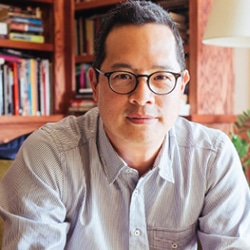 Jeff Chang is a critically acclaimed, award-winning journalist and author who has written extensively on culture, politics, the arts and music. He was the co-founder of ColorLines and his writings include We Gon’ Be Alright: Notes on Race and Resegregation (2016)–which the Washington Post declared “the smartest book of the year”— and Who We Be: The Colorization of America (2014).  A leading voice in how culture impacts, and often precedes, political change, he serves as vice president of Narrative, Arts, and Culture at Race Forward and was previously the Executive Director of the Institute for Diversity in the Arts at Stanford University.