Why National Coming Out Day Matters, by Rev. Jakob Hero-Shaw

This story originally appeared on CLGS.org 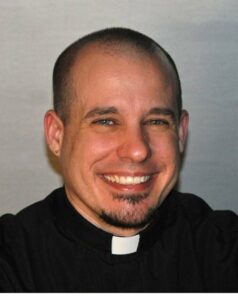 Under the guise of “parental rights” students are being shamed into silence and teachers are being censored. LGBTQ youth in Florida, and many others states, are subjected to fearmongering tactics to prevent them from speaking honestly about their own lived experiences. In addition to Florida’s so-called “Don’t Say Gay” law, the Department of Education in the state has removed all of the anti-bullying and suicide prevention resources for LGBTQ Youth. How many ways must the LGBTQ students in our state hear that their very survival is unimportant to people in power?

Visibility matters. National Coming Out Day has always had a special place in my heart, but now more than ever I think it is important to lift of LGBTQ voices. Queer, trans, and gender-nonconforming youth need to know that they are not alone. When I was a high school student, in Florida in the 1990s, one of my teachers had a poster in his classroom that proclaimed, “Celebrate National Coming Out Day, October 11!” It had pictures of LGBTQ people throughout history. This teacher was straight and cisgender and a very committed ally.

I remember seeing that poster and feeling safe and accepted. I was struggling to figure out both my gender identity and my sexual orientation. I was amazed to think that these things about myself, which I fought so hard to hide, could be celebrated. But the euphoria and safety were short-lived. A small but vocal group of students and teachers demanded the removal of the poster. In doing so, I felt that they demanded my erasure.

I am horrified that now, decades later, LGBTQ students in Florida schools are still dealing with bullies who want them to simply be erased from existence. The bullies are students, teachers, administrators, and lawmakers. If anything, the bullies have gained momentum.

The “Don’t Say Gay” law, was advertised as only limiting the rights of teachers, families, and students in kindergarten through third grade. However, its ambiguous language now means that it is being used to limit the rights of all students, at any grade level, and their teachers and families. I have heard from many people working in Florida schools. They now tell me stories of being forced to remove from their classrooms any indication that they are supportive of LGBTQ students. Their jobs are being threatened. No rainbows or “safe space” stickers are allowed. They are being told never to offer any support or even indicate acceptance of LGBTQ students in any way. Teachers, coaches, counselors, resource officers, administrators, and anyone else who deals with students directly are no longer able to indicate any level of acceptance for LGBTQ youth, in any grade level. This situation is not unique to Florida. The disenfranchisement of LGBTQ youth is spreading throughout the nation.

The time is now to be especially vocal about our queerness. The time now to tell young people that their identities are valid, and that their lives have value. They do not have to hide. National Coming Out Day matters because there are still young people who feel like they are alone in this world. Be yourself and do it loudly! Wave that flag! Talk about your gender! Name your orientation! Hold the hand of the person you love! Post about it on social media. Be out! Be proud! Your example, your presence, your courage can be live saving to those who think they are alone.